As of 1 of October, 2004, the Government of Cyprus has lifted all restrictions on foreign direct investment from non-EU countries in order to attract more foreign direct investment and further promote Cyprus as an International Financial Business Centre. All restrictions concerning maximum allowable percentage participation, as well as minimum monetary level of foreign investment in any enterprise (entity) in Cyprus, were lifted from October 1, 2004 for all non-EU citizens.

The State Investment Policy now allows 100% foreign participation in Cyprus Entities in most sectors of the economy, not only for EU citizens, but also for investors from third countries.

Thus, entities and individuals from all over the world can establish Cyprus Companies or other legal entities to invest and do business in or out of Cyprus without restrictions whatsoever.

Having amended its tax legislation in anticipation to EU Accession, Cyprus has set up a tax system that is ideally suited to inbound and outbound EU investors.

The banking system in Cyprus, which is modelled on the British System, is well developed, highly organized and capable of providing fast and efficient service worldwide. The system is structured around the Central Bank, which monitors the operations of the commercial banks and other financial institutions.

In their effort to satisfy the diverse needs fro the business community, the commercial banks are full members of the Society for Worldwide Interbank Financial Telecommunications (SWIFT) and provide a wide range of facilities.

There are no exchange control regulations. Accordingly, the island is an ideal location for the maintenance, transfer and conversion of funds, which is facilitated by excellent telecommunication and efficient international banking services.

Confidentiality in all business transactions is an element which the Cypriot Authorities have perfected, in respect to the activities of nearly all commercial sectors. Laws and procedures governing financial and business conduct have been specifically drafted to ensure that this element is carefully protected and maintained.

Thus, the registration of Cyprus Companies can be done through the appointment of nominees to hold shares on behalf of the beneficial owners – whose identity remains secret. Privacy of the trusts’ constitution and membership, as well their transactions and activities is secured through the absence of registration or reporting requirements – even the identity of the settler may be protected, if required. In Cyprus, the cornerstone of banking policy is safeguarding the confidentiality of a Bank’s customers and their transactions.

The location of a holding company is an important consideration in any international structure where is a desire to minimize the tax charged on income and gains. As we are moving forward in time from EU Accession we are seeing more and more clients preferring Cyprus as a holding company location to other traditional jurisdictions.

Leading tax experts, notably among which also the late Prof. Dr Gassner (Tax Chair of University of Vienna and Chairman of the International Fiscal Association), have stated that Cyprus has one of the most beneficial and versatile ‘’Holding Company Regimes’’ currently available in the World.

Optimality Criteria for a Holding Company:

Holding companies perform the following functions within a group:

For illustration purposes, a holding company should ideally be resident in a jurisdiction which:

Such companies can be used for the invoicing / re-invoicing of goods and services (as well as for the receipt of trading commissions) from any country to any destination and for transit trade activities in combination with the operation of bonded warehouses, bonded factories and the free trade zones.

Cyprus Companies may provide services such as sales promotion, accounting function, provision of labour – executive staff, consulting, market research, commission agency, intermediation, client introduction and many others. They may employ expatriate staff, who benefit from double tax treaty provisions, by paying tax and social insurance in Cyprus at low rates, thus avoiding the high tax tares in their home country.

In this way, profits made by the Cyprus Company are taxed at Cyprus’ Low Corporate Tax Rate of 12,5%, instead of higher corporate tax rates. Trading from a low – tax EU State such as Cyprus and using appropriate tax planning – structuring to mitigate Cyprus Tax sometimes to levels below 12,5% – is far superior strategy nowadays than trading through an offshore company registered in a tax haven.

Such companies may take advantage of the Cyprus Double Tax Treaties by providing loans in treaty countries or other countries where withholding tax on interest is low or nil.

The use of Cyprus Entities for group finance are extremely attractive. Cyprus Finance Companies can fulfill intra – company financial management functions, such as granting of loans for project financing or working capital requirements. Interest payments to the Cyprus Financing Company is tax deductible in the country of the borrower reducing the overall corporation tax liability. Choosing the right international jurisdiction for the use of double tax treaties can reduce or eliminate withholding taxes on interest payments.

Taxable and non – taxable Cyprus entities
A company is considered to be a tax resident in Cyprus if it is managed and controlled in Cyprus. Although no definition of ‘management and control’ is provided in the tax law itself, its meaning was established by Court decisions in England. As a rule of thumb, if the majority of directors (or nominee directors) of the company are residents in Cyprus, board meetings are held in Cyprus and important management decisions are taken in Cyprus, management and control is considered to be exercised in Cyprus.

Group relief in Cyprus companies
The taxable losses of any company may be set – off against the taxable profits of another company in the same group provided that the two companies are members of the same group for the whole year and are both tax residents of Cyprus. For the purpose of group relief, a company is deemed of the same tax group of: 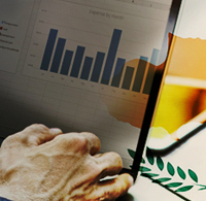