The EU Trademark known as Community Trade Mark (CTM) will be renamed to European Trade Mark (EUTM), while the Office for Harmonisation in the Internal Market (OHIM) to European Union Intellectual Property Office (EUIPO).

Major changes in the EU Trademark legislation are going to come into force on the 23rd of March 2016. Following the approval of the European Parliament on the 15th of December 2015, the European Commission published on the 24th of December the new Trade Marks Directive (2015/2436) and the new Community Trade Mark Regulation (2015/2424) in the official EU Journal.

As already mentioned, the regulation is expected to come into force on the 23rd of March 2016, while the Directive became effective today on the 13th of January 2016. Also, please note that some rules are expected to enter into force in September 2017.

Key Change No. 1 – The CTM and the OHIM are going to be renamed.

The EU Trademark known as Community Trade Mark (CTM) will be renamed to European Trade Mark (EUTM), while the Office for Harmonisation in the Internal Market (OHIM)  to European Union Intellectual Property Office (EUIPO).

Currently, the basic filing fee for a CTM includes up to three classes of goods and services. With the amendments, there will be a separate fee for each class. This shall also apply to renewal fees.

We advise brand owners planning to submit applications for multiple classes (3 or more) for an EU Trademark to consider filing them before the changes come into force on the 23rd of March 2016 in order to avoid the increased filing fees. For further information you can get in touch with our IP lawyers.

Key Change No. 3 – The graphical representation requirement is going to be removed.

From the 24th of September 2017 (21 months after the publication of the regulation), it will not be required anymore to file a graphical representation of the trademark. This means that it will be possible (and easier) to file non-traditional trademarks, unconventional identifying marks, going beyond the visual representation and including other mediums such as sounds, moving images, holograms and perhaps even scents, as long as these elements help the customers to identify a specific brand.

Key Change No. 4 – Specification of Classes.

Class Headings need to be clearly and precisely identified, as their wording will be interpreted literally.

Please note that if you own a CTM filed prior to the 22nd of June 2012, you can file a declaration with any relevant amendments in order to ensure that the protection of your trademark will not be compromised.   You must file this declaration within six (6) months after the regulation enters into force.

Key Change No. 5 – The waiting time for oppositions will be shorter.

Currently, a person intending to file an opposition against the registration of an EU Trademark has to wait six (6) months after the publication in order to do so. With the implementation of the amendments, this period will be shortened to one (1) month after publication.

Key Change No. 6 – Oppositions can be based on designation of origin or geographical indications.

Protected designations of origin and protected geographical indications can be used as a basis for an opposition, as well as cancellation actions (as was the case until now).

Under the new regulation, the own name defence will be available only to natural persons and not to corporate entities.

Key Change No. 8 – Changes in the renewal deadlines.

Renewal fees will have to be paid by the renewal date and not at the end of that month, as it was the case until now.

The owners of an EU trademark will be able to stop and seize any counterfeit goods in transit though the EU, even if the said goods are not destined for the EU market. Under this new rule the mere transporting of goods could constitute an infringement.

If you already own a CTM, you might have to get in touch with an IP professional in order to ensure that the protection of your brand will not be compromised.

If on the other hand you are interested in applying for a new EU trademark, you can ask for advice on the actions you should take according to the new rules.

For registration of an EU Trademark, please refer to Trademark Registration section of this website. 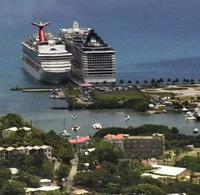 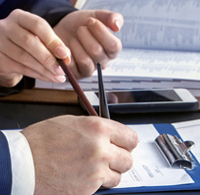 The Cyprus Registrar of Companies office recently announced some changes... 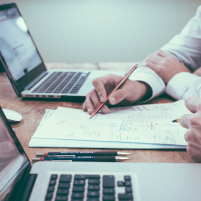 Announcement | Department of Registrar of Companies and…

A newer announcement on the issue of Pledges was issued...